Showing posts from December, 2017
Show All

My C-Sections Almost Killed Me 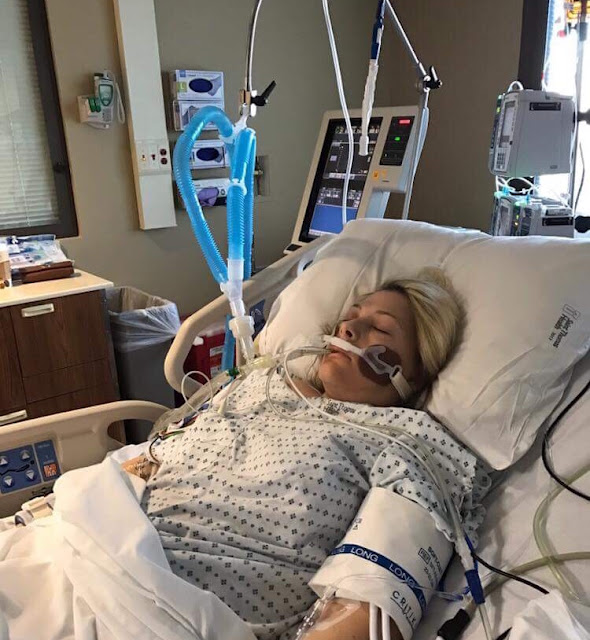 When I was pregnant with my first child, I had visions of a beautiful childbirth experience. No drugs, having the baby laid upon my chest as soon as I birthed him, basking in the afterglow of truly amazing experience as he breastfed. Little did I know, this would never be in the cards for me.
At 30 weeks gestation, I developed preeclampsia. My body was retaining water and my blood pressure was extremely elevated.  At 35 weeks, I went in for a regular doctor’s appointment.  I made it as far as the blood pressure station.  The nurse took my blood pressure and quickly left me sitting there.  She returned and took me to my doctor.  He explained my blood pressure was stroke level and that I would be transported to the hospital to induce labor.  For the next 4 days, I was given drugs to induce my labor, with frequent breaks during which they would sedate me because my blood pressure was too high to safely continue.  On day 5, they broke my water.  Despite heavy contractions, I wasn’t dilatin…
Post a comment
Read more

In March 2017, I became a member of a unique sisterhood. It’s not really a group you’d ever want to voluntarily join, but once a member the rewards can be great. Unfortunately so can the suffering. The sisterhood I joined was moms who fought Placenta Accreta during pregnancy. Accreta and it’s various levels (Increta and Percreta) is a beastly condition in which the placenta grows too deeply into the uterus, and at its most severe grows into surrounding organs and arteries. This causes hemorrhaging during pregnancy, but especially during delivery. The risk of a mother bleeding out during delivery is great; and thus, must be carefully planned out at hospitals with adequate technology and blood supply. Usually a mother delivers her baby and has a hysterectomy simultaneously, adding the loss of the ability to carry more children to an already daunting emotional and physical recovery. Due to the extreme nature of these pregnancies, there are several very close knit Facebook groups for surv…
6 comments
Read more

Told To Abort All Three Of Her Children, Heather Gave Them Life Instead 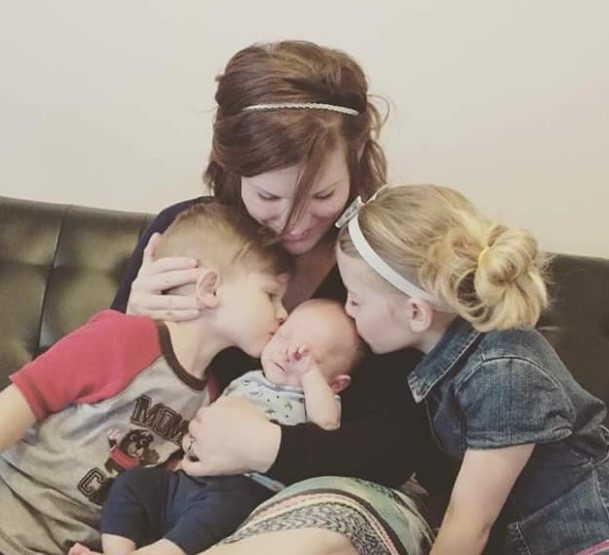 I grew up in an abusive household, and as a teenager, I vowed never to bring children into such a horrendous world – a perspective shaped by my upbringing. The callousness of the world was proven once more when I was violently raped by my abusive boyfriend. That violation shattered me, and in spite of being on birth control, I became pregnant from that rape. Coming from a staunch pro-choice background, I didn’t know any other way out of this situation other than abortion! Things went from bad to worse when my rapist found out that I was pregnant. He found me, beat me, and proceeded to choke me. I remember feeling my baby flutter for the first time just before I passed out. Upon waking up in the hospital and explaining everything that was going on, I was asked if I wanted an abortion. Remembering feeling my baby move , I refused to terminate. Embracing my daughter’s life saved mine in every way imaginable. My baby was just as innocent in all of this as I was. Looking back I can tell y…
Post a comment
Read more 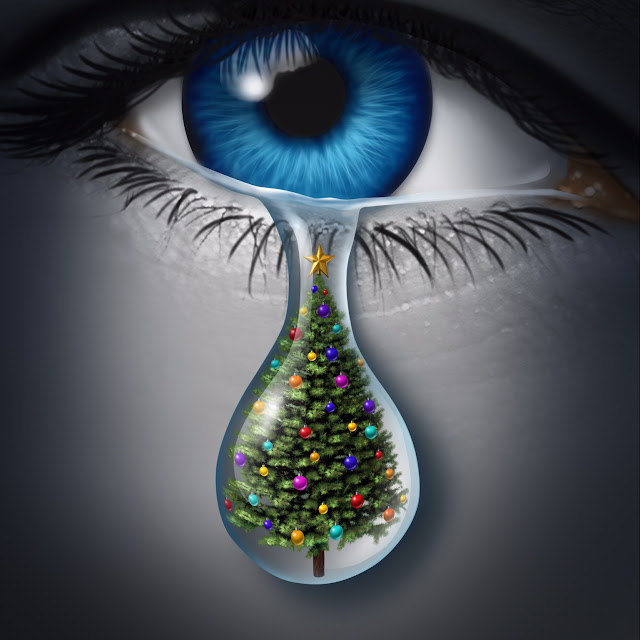 Christmastime is not “merry and bright” for everyone. Life doesn’t always play out like a holiday special on TV where love always wins and happiness prevails. For many, this time of year is met with seemingly untameable grief and intense pressure to go through the motions because of the avalanche of expectations put upon us by others (and ourselves); an avalanche that engulfs everyone in it’s path, in a cold , dark hug.
Along with being starkly reminded of what we can hardly muster up the courage do, the holiday season can also be a crude reminder of who and what we don’t have in our lives; Just the thought of the year of memories missed out on due to strained relationships- and the circumstances that brought it all about- is almost unbearable.
Christmastime is the time of year people excitedly start making plans for the coming year.  while those who are struggling are there trying to figure out how to get through today.  One foot in front of t…
1 comment
Read more

Diagnosed With Cancer At 6 Weeks Pregnant & Urged To Abort Their Son, The Youngs’ Chose To Fight For Them Both 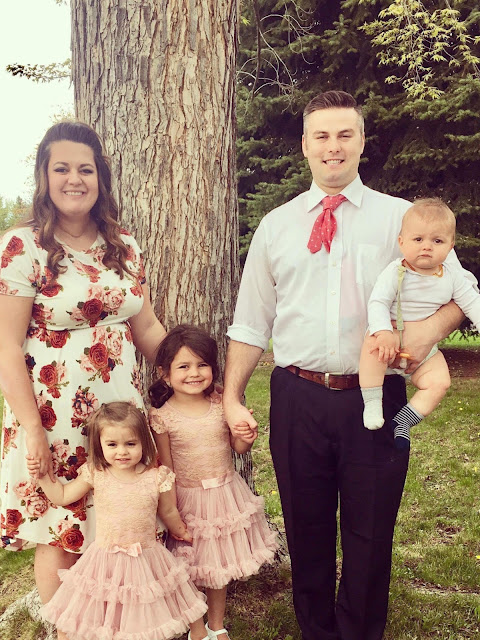 During the summer of 2015, Alicia Young started experiencing some unusual symptoms: weight gain, neck swelling, moodiness, easily becoming sick, and extreme fatigue.
She fell ill quite often, getting three ear infections all within four months. At the young age of twenty-five she felt it was not normal, so she made an appointment with an ear, nose, and throat specialist to see if something more serious was going on. After the doctor examined her, he said that everything looked fine and that Alicia shouldn't worry too much about it. Even with his reassurance, she couldn't shake the feeling that something was not right. She was always a healthy, active and energetic person. At the time, she had a two-year-old and a ten-month-old. The logical explanation her doctor gave her was that the two young children were running her down. Young decided to go back to her primary provider and explain more fully the symptoms she was experiencing for a second opinion.
Thankfully, she wholeheartedl…
Post a comment
Read more 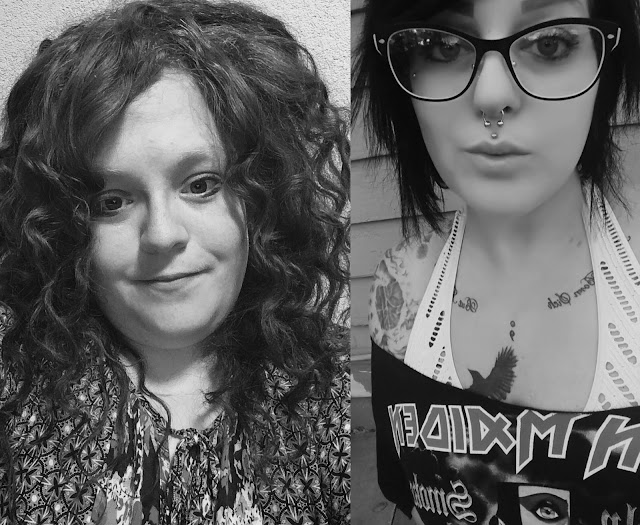 Crisis pregnancies do not discriminate; people from all walks of life bear the weight of their uncertain circumstances. It can challenge the strongest of wills, and through wearing, lead that vulnerable person to a decision they would have not have made otherwise.
We want to make sure we are able to reach as many people as possible, and the secular approach reaches everyone, regardless of religious affiliation - or lack thereof. It shifts the focus from “saving souls”, to saving lives. Regardless if you believe these women “need Jesus”, that will not reach those who are currently at a point in their lives where they can’t relate. It also will not reach unwed, pregnant women who we are already terrified of being shunned by their church peers, then are being told by you to “Repent” of their wicked ways - left in the limbo of a weighted decision in either direction.
A crisis pregnancy is not another opportunity for conversion  and to tell them that “God will provide”. Instead, it is an opp…
Post a comment
Read more 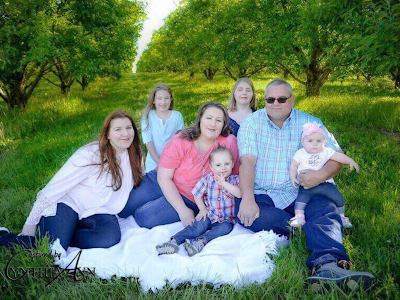 The Jacksons always knew they wanted a large family from the beginning. Jennifer and her husband Richard have enjoyed the family lifestyle: bowling, movies, water fights, being outdoors together, and actively participating in their church.
In February 2016, the Jackson family found out they'd be adding another child to their home and everyone was ecstatic! Jennifer went in at ten weeks for Harmony testing, which is a genetic test that boasts ninety-nine percent accuracy in detecting Down syndrome at this gestation. The test is fairly simple, as it only requires a blood sample from the pregnant mother.
After patiently waiting for the 7-14 days to pass, the Jackson family received the news that their baby tested positive for Down syndrome. Jennifer’s specialist at the Shenandoah Maternal Fetal Medicine clinic in Winchester, Virginia, strongly and without hesitation suggested aborting the baby.
In many countries around the world this is common practice. In fact, Iceland takes pride in t…
Post a comment
Read more

Mom & Baby Sadie’s First Christmas - A Christmas Not Expected Be 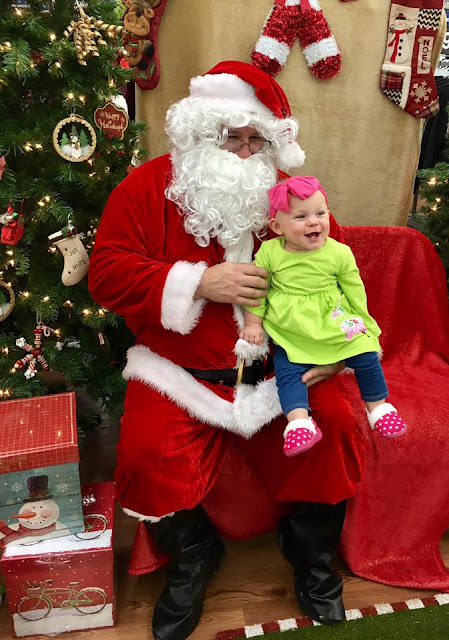 Growing up, Christmas was a big deal. What was most memorable was not opening presents,
but the fun traditions my mom passed down from her childhood - and the new ones that we
established together. Along with decorating, we would also fill tins with  homemade cookies to give neighbours and friends - note without a taste test of course:). We would also go Christmas carolling as a family and have Christmas parties with fun games.
When I was blessed with a family of my own , I loved doing the same things with my three boys. That is, until last Christmas. Last Christmas I was 23 weeks pregnant with my 4th child.  After having three boys, I was pregnant with a little girl.
What should have been the happiest time of my life was filled with doubt, fear, and dread. Last September, the doctors advised me to abort my baby girl after receiving a fatal maternal diagnosis- to which we declined. At 22 weeks I was diagnosed with CompletePlacenta Previa, a dangerous condition in which the placenta attach…
Post a comment
Read more 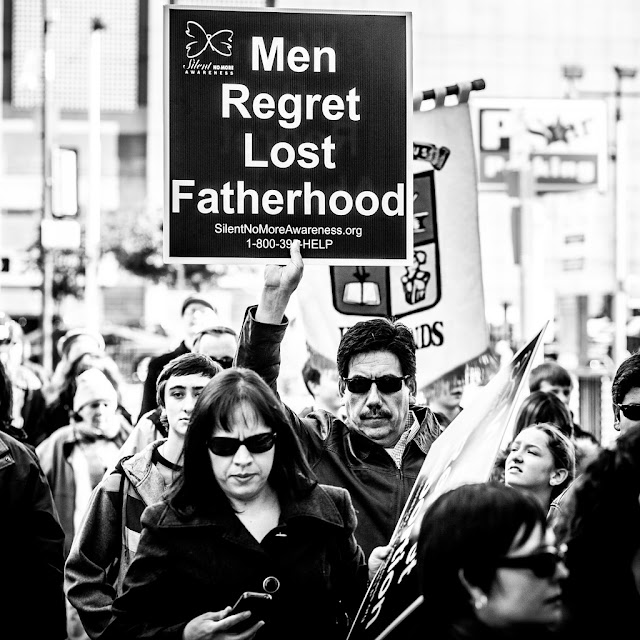 I grew up in a family of 7. When my mom put her career on hold to raise us, she decided to become a daycare mom. At any give time  there would be at least 15 kids in our house. Needless to say we had a lot of socialization and we loved it! I knew from quite a young age that I wanted to be a dad someday.
My parents both instilled into me strong family values. We were a tightly knit family. When I graduated from high school,  I had hoped that I would meet someone that I could spend the rest of my life with. Unfortunately, things didn’t go as planned. Things seemed to be going rather slowly; I grew impatient and eager for companionship. I felt that maybe my standards were too high, so I lowered them. I became a pushover and because of my good nature, often got taken advantage of.
In 2001 I ran into an old flame that I had went to high school with. She had recently divorced, and had 3 kids with her ex-husband. After a couple months of talking, we had decided to start dating again. I thou…
Post a comment
Read more

Pressured To Abort Her MoDi Twins, Heather Chose Life Instead 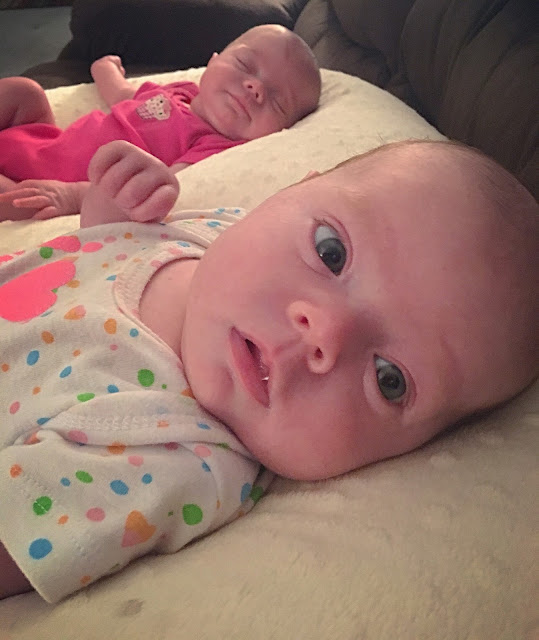 My name is Heather. My  husband and I discovered that we were expecting our second child after 2 years of experiencing secondary infertility. Having gotten used to the idea of our three year old being our only child together that we’d have the opportunity to raise, we were absolutely ecstatic and pleasantly surprised.
In February I was experiencing extreme symptoms such as brief black outs and that feeling of having been hit by Mac truck everyday at work. Due to my history of miscarriage, the severity of my current symptoms, and the fast-paced/physical nature of my job,  my OB/GYN saw me a few weeks before my first prenatal appointment. She decided to take a look with the sonogram wand to see how far along I was and the condition of our baby. I really had no idea when we conceived since I lost hope and wasn't keeping track of anything.
My husband and three year old waited for me in the lobby and I nervously waited for the doctor to find a heartbeat. I think many women who are pregn…
Post a comment
Read more
More posts